Three days ago, Javier informed us that a new version of beBee is launched. Many of us, the last Mohicans who still write on this platform, were thrilled with that information. The long-promised improved version is finally here!

What we got is a beta version. It is a version of the website that isn’t yet completely ready. Despite that, Javier and his team decided to leave the old platform and made this new version of beBee available to all users for testing and feedback. We all are now reliable beta testers.

Some important features we had within the old version are missing, and some new features were introduced. The future improvement and fixes will be based on users' feedback and suggestions. It means that we all participate in creating a new and better beBee. That sounds exciting and promising, provided our suggestions will be heeded.

After testing the new version for a few days, I can say that a lot of work still has to be done. I'm not going to list all the bugs, errors, and missing features because things are improving daily. I would like to mention only a few fixes that need to be done quickly, which, in my opinion, are important for achieving continuity between the old and the new platform:

While I was writing this article, I realised that some formatting features we had in the old version are also missing. We can't tag people inside the post, and the quotation mark icon is missing.

According to @Javier 🐝 CR,  the new beBee is designed to be a more direct, simple, and more comfortable place to write. Still, I have certain doubts about the concept of searching by countries, which I don't find simple but confusing.

My biggest complaint, as it was with the old beBee, is the lack of beBee support. Every serious social media site has a Help page where users can find answers to questions about bugs, glitches, and other issues, but also ask for additional guidance and help.

We all hope that ironing out all the performance issues won't last too long, and we'll soon enjoy all the functionality. Javier promised it would be in two weeks. For now, the website traffic is poor. I believe it is because many users are still confused with all the changes that happened suddenly and the platform that is not fully functioned.

I look forward to starting to engage with all my beBee friends on this new and improved site. beBee was and, hopefully, continue to be a place many of us feel at home.

u beBee bugs i u Još 2 grupa

thanks @Fay Vietmeier ! we will check it out ! CC @Alberto Landeras  @Luis David de la Fuente

all your worries are already commented … please read my comments below

Thank you for this post - shared update - shared priorities

I did post on @Javier 🐝 CR  page of progress  .. several other things .. one being “YIKES”

.. So hoping it will reappear with all stats

Corrective .. “feedback IS essential - honest, objective and specific feedback. And it is not about being critical but being honest for the  benefit of all users on this platform”

Wishing all the engaged & engaging bees .. a rest-full weekend 💛

now you can also delete spammers' comments in your posts, and you can also report spammers from their profiles

Excellent remark, Mohammed!  There are no spammers! Hopefully, it will stay like this for a long time. 😊

Thank you, Franci. I agree that feedback is essential - honest, objective and specific feedback. And it is not about being critical but being honest for the  benefit of all users on this platform. 🤗

Ken, I'm also very optimistic about this change, and glad to see that bees are slowly returning from a state of ‘shock’ as the activity on this post has shown. 😁

Glad to see you @Renée  🐝 Cormier. :) Thank you for your feedback. We all support @Javier 🐝 CR in his effort on making the platform better than ever. I hope that beBee's silent majority will be more active on this new version.

Good wishes to beBee team in redesigning this very social affinity platform. One thing, in this new version, I rarely see serious spammers around - may be they are finding hard to load their content.

Thanks @Ken Boddie for your support. We will not disappoint you ! 😍😍😍

As with any Beta version, there will be glitches. I feel @Javier 🐝 CR and staff are working hard toward a smooth running site. Anyone that uses WordPress has most likely been subjected to the beta version of their new block editor. WP's move from the Classic Editor to blocks has been anything but smooth. I agree with Renee, feedback is essential, and thank you, Lada, for creating a post we can all identify with. Keep on keepin' on. 😎

The current flurry of activity by a few, including you and me, Lada, and @Javier 🐝 CR ’s repeated positive responses and explanations of our platform’s evolving status, makes me optimistic that, between us all, we’ll achieve something better. Change is always difficult to manage, and can be a bitter pill to swallow for those of us experiencing it. My gut tells me, however, that we’ll come out of this tunnel with a much better set of blogging tools. I just hope that those bees who appear to have been shocked into silence over the last few days will stay aboard the current beBee Magical Mystery Tour and be able to eventually share in what can only result in benefits  for all of us.

Every gain means a little pain,

As we all can plainly see,

In a wee while longer, we’ll all be stronger,

Anything new is a little awkward at first. Before you know it, you'll be blogging and commenting with your eyes closed. I'm sure @Javier 🐝 CR and his team are working hard on making the platform better than ever. Feedback is essential and you've done well, Lada, in pointing out these missing features.

Pascal, I believe many Bees feel like you said, "I find it very difficult to interact at the moment and feel I am a bit blind." Hoping things get better in a few weeks. :)

thanks @Lada 🏡 Prkic  ! We will check the mentions in articles because Ken doesn't work either. Thanks  !! CC @Alberto Landeras

@Javier 🐝 CR, thank you for multiple comments and the information. As for tagging people in the article with @, it doesn't work. I used the link button in formatting options and typed in your URL https://es.bebee.com/bee/javierbebee to highlight your name.🤗

About support, I had sent many emails to support@bebee.com while we were on the old beBee, but there was no response until I messaged you directly. My opinion is that the introduction of the Help page would be of great help to all users.

Everything I said is well-intentioned, and I hope you know that. 😊

Some new features added on beBee are:

@Jim Murray , please read below ;-) thanks for your feedback ;-)

@Renée  🐝 Cormier  FYI, thanks also for your feedback ;-)

I am infinitely grateful for your constructive criticism, thank you very much for letting me know what you are missing. But I update you how everything is going on :-)

1.- Normal searches of the "worldwide" content. It is something pending to put into production.
Notifications to your followers when you write. Pending status.

3.-Mentions in articles to contacts in your network. It is already done.

5.- Views of the articles. It is also something pending to put in production.

6- Support. You have support@bebee.com, but the important, ideas or important suggestions I prefer that you send them directly to me in private message, or here as a comment.

7.- Login, not having to choose country. It is pending to be put into production

As I told you, the reason for such urgency in changing the platform is because the new one already allows us to make changes in an agile way and we are sure that we will meet your expectations for the future.

I don't think I left anything out, if so, please send it to me in a private message or here as a comment :-)

1.- We are already working so that you don't have to choose your country and you can see everything "worldwide". Theoretically you can mention from an article someone who is in your network ( i.e. someone who follows you and you follow him/her ) , if not please tell me. I have seen that @Lada 🏡 Prkic  has been able to mention me in an article.

2.- The hives and pending images we are trying to migrate with many problems (because the old platform is giving us a lot of headaches), I have already seen that you have created the beBee Coffee Hive https://au.bebee.com/hive/cafe-bebee. We have changed the name to simply groups because unfortunately that is what everyone understands. But for me they are still hives.

Hugs to all and have a nice weekend !

Getting there and like any change there are some issues. I really want this to be a success albeit I find it very difficult to interact at the moment and  feel I am a bit blind. I think I have lost 96% of my groups  & followers. Search by country is not a great idea as default log in, groups search is empty but I noted the support mail. good luck with the fixes :-)

Please feel free to report any bugs, glitches, and other issues to support@bebee.com

Thank you for passing on your concerns, especially Lada @Lada 🏡 Prkic , Jim @Jim Murray and Ken @Ken Boddie . All your concerns will be resolved with a little more time and I am absolutely certain that we will now be improving all the time because we have the capacity to do so and we are hamstrung on the old platform. Hugs to all of you who have been with me here since 2016.

Geometric Shape as a Metaphor for My Life

Geometry is all around us, and we are surrounded by myriads of geometric forms, shapes, and patterns ...

Many Layers of the Commenting Onion

From my first step into the world of social media, I was fascinated by people who regularly inhabit ...

I have a life motto that I put on my beBee profile page: The more I learn, the more I realise there' ... 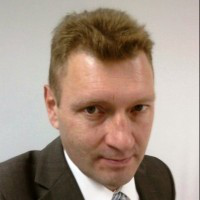 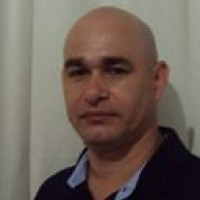