Do You Play Number Games?

There are many variations of Sudoku. Some of the variants have additional constraints that complicate solutions significantly. I use to play two of them, Killer Sudoku and KenKen.

This variant adds a new dimension to classic Sudoku. The grid consists of areas (cages) that are outlined with grey or dotted lines. There are no starting clues! Instead, a total of each area is given. Numbers inside an area, when added together, should make a number shown in the upper left corner of that area. All the rules of the normal Sudoku apply - each number appears exactly once in every row, column, box and cage. It is really brain teasing because more than one combination of numbers gives the required total value.

Below is one of the world's hardest Killer Sudoku. You can try to solve it here.

KenKen is a sophisticated arithmetic and logic puzzle invented by a Japanese mathematics teacher in 2004. He developed a brain-stimulating exercise with the main goal to improve student's math and logic skills. KenKen is similar to Killer Sudoku but with additional constraints - operations. The target numbers in the top corner of each heavily outlined area (cages) are produced by using the mathematical operation indicated behind the numbers (+, -, ×, ÷).

I find KenKen more challenging than classic Sudoku. It is a great exercise for practising mental arithmetic. The difficulty level increases depending on the size of a grid. The hardest KenKen puzzles are Black Belt KenKen.

Arto Inkala is a Finnish mathematician (doctor of science in the field of applied mathematics). He is also a passionate puzzle creator who created some of the world's most difficult and challenging Sudoku puzzles:  ‘AI Escargot’ in 2006, and ‘the thing Everest’ in 2012.

The Miracle Killer Sudoku is an extremely hard puzzle created by Philip Newman. It seems unsolvable because only 18 cells are covered by cages. Sudoku fans proclaimed the puzzle one of the most incredible ‘sudokus’ of all time. If you want to try to solve it, here is a link to the puzzle. If you need hints for solving, here is a link to the video on the most popular YouTube's sudoku channel, in which the solution is explained in detail.

But the hardest puzzles are created by computer programming. There were much larger puzzles with 16 × 16 or even 25 × 25 grids and a three-dimensional version in the form of a cube.

There are many more interesting facts about Sudoku and its variants. Sudoku is fun and fascinating and the most popular logic game in the world. The fact that many mathematicians are fascinating by Sudoku explains a lot about this puzzle and the sophisticated mathematics behind it.

Is it addictive? Yes! But as with many things in our life, moderation should be practised.

I leave you with a paraphrase of the well-known saying:

One or two Sudoku a day keeps the doctor away.

And what about you? Do you play number games?

u Café beBee i u Još 3 grupa

Always knew you were a clever one Ms Prkic

thats exacltly that it fun its been on multi combinations :-)

Pascal, I've never heard of Triominoes. I googled a bit. :) It is similar to Dominoes. Countless games have been invented throughout human history, making them essential parts of culture and society.

I tried to do some exercise with my mom, but she is too weak. We'll see.

Neil, after I read your and Ken's comment, I tried to solve a light crossword in English. It is indeed challenging to do crosswords in a language that is not your mother tongue. I will continue to do it from time to time as a good way to practice my English and grow my vocabulary. I send my regards to another Sudoku fan. 😊

Jerry, glad to know you find them fascinating too. Although I play its variants, I prefer the classic high-level Sudoku puzzles, especially those designed by mathematicians and Sudoku lovers on the Conceptis Puzzle site.

I used to play Mahjong games too, Franci. Please, send my regards to your hubby, from another Sudoku fan.😊

Thanks fir the word game tips, Lada. I’ll search for them when I get a chance. As for Tai Chi, I practice entirely at home using YouTube. You’ll find a large variety of moves there by following those names I gave you previously. Your mother may benefit from some of the Qigong or YoQi exercises which can be done sitting down and are aimed to stimulate various body functions.

Crosswords (straight and cryptic) along with Sudoku, logic puzzles and killer are my puzzles of choice.

Lada, Thank you for a post that makes me understand why I find these puzzles so fascinating. I''ve not seen the variations you discuss and I will definitely have to employ the walk away technique when I try them. (I have to do that on the regular Sodukus now). 🙃

My hubby is a Sudoku fan. I prefer crossword puzzles and word games, which I play daily on a game site. I also like Mahjong games.

Thank you, Farooq. Glad to see you on beBee. I know that you are active on LinkedIn and Bizcatalyst. I publish on Bizcatalyst 360 though not so often lately due to other priorities in my life. But I try to read articles from some of my favourite authors on Bizcat -  including you. 😊

Ken, if you like word games, you can try Wordoku (known as Letter Sudoku). Or Kakuro puzzles, which are similar to crosswords. I use to do crosswords from time to time, but very rarely. It was my favourite pastime 20 years ago. Time has changed. :)

As for Tai Chi, my friend show me some moves I can practice at home while taking care of my mom.

I am not tired yet, Zac. :) There are so many challenging variants that still keep my interest in this puzzle.

Superb share dear Lada, surely, it is challenging and interesting to play for fun and mental challenge. Kudos👍

I can’t say I’ve ever had any fascination with Sudoku, Lada, and didn’t realise it was so popular until reading your post. I keep my mind active, when not juggling procedures manual improvements and updates, with crossword puzzles and other word games. I keep physically active with brisk walks and various exercise routines, which brings me to ask you how you’re going with Tai Chi and Qigong?

Used to but I eventually got tired of it. Now I play more interesting games that require both logic and imagination (e.g. Make7, SeaBattle, and Inter-dimensional Pursuit). I agree though that it's a great game and can help keep your brain in shape! Cheers

@Javier 🐝 CR, why the title image GIF is not active when seeing on my wall? The GIF becomes active when I open the article.

Image Source: https://medium.com/@tarighilal/Three days ago, Javier informed us that a new version o ...

Many Layers of the Commenting Onion

From my first step into the world of social media, I was fascinated by people who regularly inhabit ...

Your Posts on beBee are 90% Pointless?

One of the last posts of Jim Murray where he elaborated a theory that most of the content on social ... 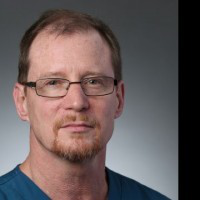 Looking forward to retirement, my next milestone